Genetic testing during pregnancy is a way to screen for potential birth defects.  While the procedures can provide useful information, they come with certain risks, especially if you're carrying twins.  This article looks at some of the pros and cons of genetic testing when you're expecting more than one baby.

What Tests Are Available

There are two main genetic tests available during pregnancy: amniocentesis and chorionic villus sampling (CVS). During amniocentesis the OBGYN collects a small amount of the amniotic fluid.  During CVS, the small chorionic villus projections that line the placenta are collected.  In both cases the samples are used to create a karyotype describing the baby's chromosomes.  It is then possible to identify chromosomal disorders such as Down's Syndrome and Turner Syndrome, as well as genetic disorders such as cystic fibrosis and Tay-Sachs.

Simply being a twin doesn't affect a baby's DNA, so there isn't an inherent increased risk for genetic disorders simply because you are carrying multiples.  However, because each baby has it's own risk, when there is more than one baby, there is an overall greater likelihood of a disorder, especially if there are other contributing factors such as maternal age or family history.  Having multiples is a challenge in itself.  Finding out early if there may be additional struggles can help a family prepare emotionally and give them time to arrange for extra support after the births.  On the other hand, if the results are negative, being able to rule out genetic disorders can help reduce anxiety during an already stressful pregnancy.

Even when twins aren't involved, genetic testing procedures such as amniocentesis and CVS are invasive and involve risks.  Carrying twins further complicates the situation.  First, accuracy can be difficult, because the technician must be very careful to collect samples from each baby without getting anything mixed up--a tricky task with two moving babies!  Second, and more importantly, the risk for miscarriage is significantly higher for twins.  For example, with amniocentesis, approximately 3.5% of twins will miscarry following the procedure.  The miscarriage rate for CVS may be higher, around 4%.

Deciding to receive genetic testing during a pregnancy can help a family have peace of mind or give them time to prepare for upcoming challenges.  These benefits have to be carefully balanced against the risks, especially with twins.  Use the information in this article to help decide if these procedures are right for your pregnancy. For more advice, contact a clinic such as Contemporary Health Care for Women.

Working With The Right OBGYN

Working With The Right OBGYN 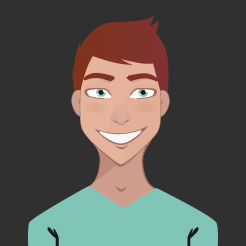 When I had my first baby, I just went to the first doctor that a friend told me about. Unfortunately, my experience was less than ideal, and the doctor didn't follow my birthing plan. I was really frustrated, and I vowed that I wouldn't have that happen with my next child. A few years later, when I got pregnant with my next child, I knew that I had to do a little more research before selecting a doctor. I checked patient reviews, job experience, and even educational backgrounds to learn more about specialties. It was incredible to see the difference a little legwork made. I was able to find a doctor that understood my preferences, and my next pregnancy was better. Check out this website to learn how to find the right OBGYN.